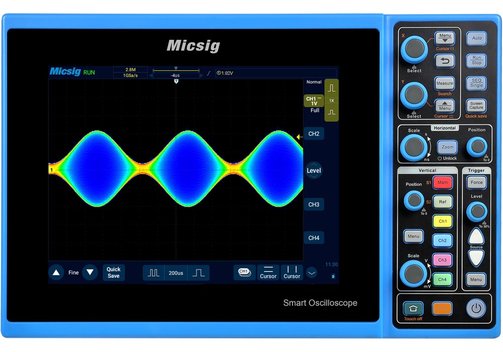 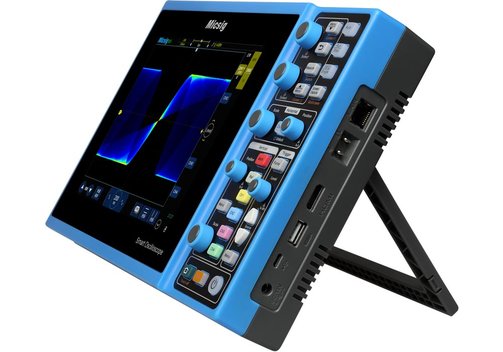 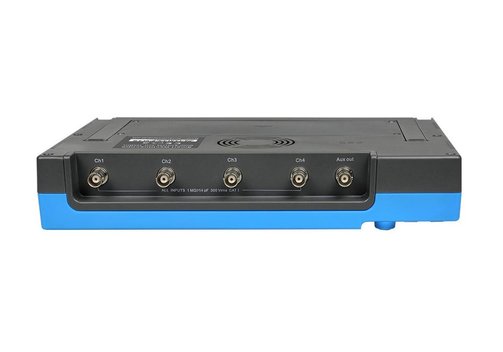 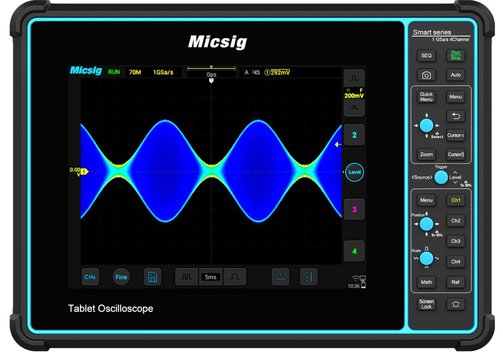 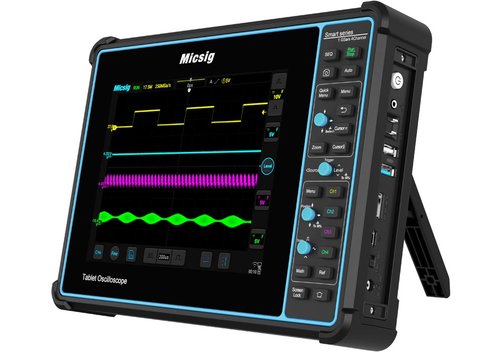 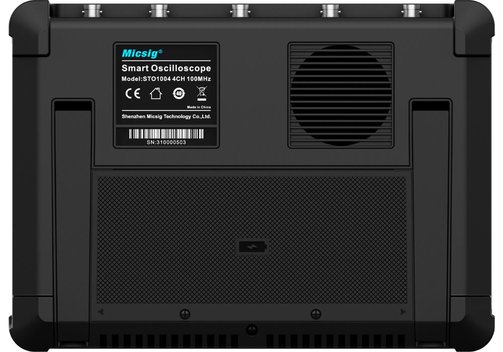 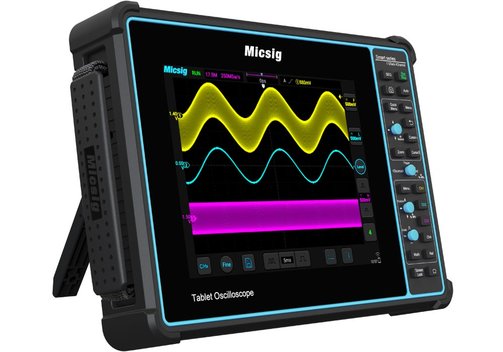 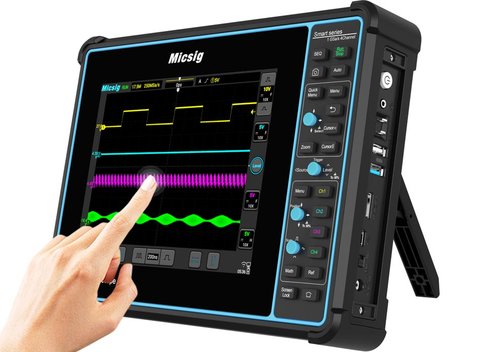 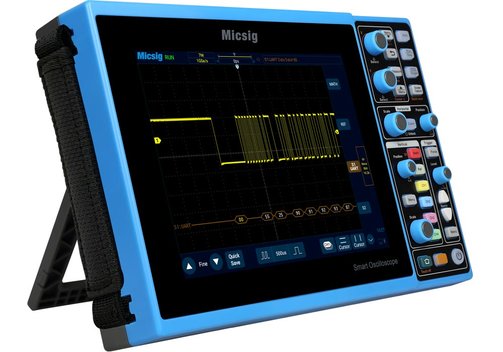 starting € 529,55
including VAT free shipping (Germany)
This Article is currently not on stock. Please enter your mail and we will notify you when the product is back on stock.
close
Please fill in all fields.
Description
Accessories
Files/Downloads

The Micsig STO1000 series devices are portable smart 2- or 4-channel oscilloscopes with 100 MHz or 150 MHz bandwidth. They offer 1 GS/s sample rate, up to 70 Mpts memory depth, and up to 130,000 wfm/s waveform capture rate. Due to their high-sensitivity digital trigger system, the trigger jitter is small. The Micsig STO1000 series support serial bus trigger and decoding and are equipped with various measurement and mathematical functions. The oscillsocopes have Ethernet/LAN, Wifi, USB 2.0 Host & Device interfaces, HDMI and a capacitive touch screen.

Answer: Yes, the Micsig tablet devices are true, full mid-range (up to 150 MHz bandwidth) oscilloscopes in portable format. Like comparable oscilloscopes, they offer 2 or 4 analog inputs, 1 GS/s real-time sampling rate, 28 Mpts memory depth, up to 130,000 Wfm/s update rate and extensive triggering capabilities. They are completely operated via the capacitive multi-touch screen. In addition, they feature USB (host and device), Ethernet/LAN and Wifi interfaces; PC software, iOS and Android mobile apps are available for remote control of the oscilloscopes. The portable tablet design makes the devices a perfect solution for mobile use in service and maintenance, in the field or in vehicles/moving objects.

Question: Why are the Micsig oscilloscopes particularly suitable for automotive applications?

Answer: Firstly, because of their flat, portable tablet design, battery operation and touch-screen operation. On the other hand, the devices support CAN, LIN as well as UART, I²C and SPI bus triggering and decoding as standard. The ▸SATO models are even more tailored to the automotive sector. They support as standard the test of charging circuit, starter circuit, sensor, actuator, ignition test, communication test (incl. CAN, LIN, FlexRay, K, etc.), pressure test (cylinder pressure, intake and exhaust pressure, fuel pressure, etc.).

Question: Are probes included with the Micsig tablet oscilloscopes?

Answer: Yes, 2 or 4 matching passive probes are included with the units, as well as a power adaptor and cable, the built-in battery, a carrying strap, BNC caps, and a protective film for the display.